Today’s ranking is based not only on engine power but also on tractor dimensions. Moreover, the top includes tractors capable of generating more than 600 horsepower from different companies such as Fendt, John Deere, and Versatile.

Also, it is worth mentioning that some tractors in the list were mass-produced while some were only prototypes.

Presented to the public for the first time in 2009 at Agritechnica in Hanover, the Deutz-Fahr Agro XXL tractor comes with a water-cooled Deutz turbo diesel four-valve engine with an output of 600 horsepower. With a total weight of 70,547 lbs (32,000 kg), this tractor was designed for large farms, having eight wheels with 600/70R30 tires as standard, and a power shift transmission with a Kick-Down function.

The Versatile Model 1080 Big Roy was built in 1977 by the then President and General Manager of Versatile, Roy Robinson, to target the Australian market, as it had many larger farms than North America. The tractor is powered by a Cummins KTA-1150 diesel engine that can generate 600 horsepower and is located at the back of the tractor, an opposite design compared to the rest of the tractors of that time. The engine does limit rear vision, but a closed-circuit TV system has been installed to solve this problem. The engine is cooled by two radiators with a capacity of 85 liters and two fans with a diameter of 28″.

This tractor was the only one of its kind and never reached mass production.

Next on the list, we have the biggest Challenger tractor called the MT975E, which was built for North American and Eastern European markets. Being also the most powerful tractor in the world, all its components are impressive. So, it has a 600 horsepower engine, a 400-gallon (1,514 liters) tank, the industry’s biggest bar axle of 5.7 in (145 mm) that offers durability, and the widest frame in the industry.

The LED lighting package offers better visibility over time, while the Pinnacle View cabin offers a 360-degree panoramic view. Other highlights of this Challenger tractor are the leather heated and ventilated seat, the AUX Input and USB ports, and the Bluetooth-compatible Delphi Radio.

The Delta Track 620 & Versatile 4WD 620 are some of the four-wheel drive models released by Versatile for 2022. With an X15 Cummins engine that delivers a power output of 616 horsepower, this tractor includes lots of great features as the largest cab in the industry with a panoramic view, semi-active suspension seat, cell phone holder, audio system enhancements, front sun visor, and multi-directional vents.

It also comes with an improved transmission named TA22, which increased torque power with 3% more in 3rd gear and 5% more in 4th gear. The CBX technology offers information about fuel level, and maintenance alerts, while increasing efficiency through real-time data. The new lighting package comes with 21 LED lights that produce 45,000 lumens, providing good visibility of the terrain.

Check out the official Versatile website for more pricing details.

The Fendt 11762 Vario MT was designed with efficiency, stability, comfort, and profitability in mind. The Fendt’s biggest tractor features a 15.2 L Man engine and CVT transmission, which optimize the engine speed while maximizing fuel efficiency.

With a power output of 618 horsepower, this tractor also has a new track drive system that offers optimal traction and a hydraulically driven cooling fan that will keep the engine at lower temperatures for optimal operation.

An optional mechanical cab suspension to minimize vibration, 10.4 in screen, a multi-function joystick, Fendt Task Doc Pro-Quickly technology for data analysis, and Fendt Section Control are among the features of this Fendt tractor.

The New Holland T9.700 & T9.700 SmartTrax II tractor comes with a weight of 44,046 lbs (19,979 kg) and an FPT 12.9L 6-cyl diesel engine that delivers up to 620 horsepower. The tractor includes PLM technology that allows control of all eight remote valves from any of 15 in-cab hydraulic buttons, a cab with 360-degree visibility, an InfoView monitor, and two video cameras, one in front of the tractor and one in the back.

The Inside ECOBlue Hi-eSCR system will help consume less fuel while delivering more power, while the 14 LED lights will make it easier to work during the night. The Tri-Point chassis of this tractor extends from the front to the rear, improving stability and reducing fuel consumption.

As for the hydraulic system, this tractor can be equipped either with a standard pump of 42 and 57 gallons per minute (gpm) or with an optional MegaFlow pump that can deliver a maximum of 113 gpm.

If you want to know the price for a New Holland T9.700, please check the official website here.

The Steiger 620 Heavy Duty Wheeled tractor is equipped with a 12.9 L Tier 4 B/Final engine that can handle the toughest conditions.

With a hitch lift capacity of 20,000 lbs (9,701 kg) and a power of 620 horsepower, the tractor includes a Powershift transmission and technological IH SCR that reduces emissions and fuel consumption.

The tractor tracks stay on the ground during the load, evenly distributing the weight along the entire length of the vehicle, while the Quadtrac system improves its power.

Inside, the operator can enjoy a heated seat that rotates 40 degrees, offering 180-degree visibility.

In the list of the biggest tractors in the world, there are also John Deere 9R 640 & John Deere 9RX 640, produced by the John Deere company.

The John Deere 9R 640 & 9RX 640 easily cope with extreme working conditions where conventional tractors would struggle. That’s thanks to the 640 horsepower JD14X (13.6L) engine. One of the top features of the John Deer tractor is the HydraCushion suspension, which includes a system of electronic sensors and hydraulic components that maintain permanent contact with the ground, smoothing out bumps.

This tractor also has an e18 PowerShift Transmission and an ActiveCommand Steering system(ACS).

With 673 horsepower, the Fendt 1167 Vario MT tractor is equipped with the latest and unique innovations. It has 2-circuit hydraulics with up to 440 l/min and low maintenance costs because they have long maintenance intervals of 2000 hours or two years.

This tractor also offers flexible ballast options thanks to systems such as SmartRide+, which adjusts the tractor’s center of gravity. Also, it has implemented the lane guidance system called VarioGuide, which emits correction signals with a precision of up to 0.78 inches (2 cm). Other interesting features are the pivoting highlight bar that can pivot 28° in both directions, a spacious cabin with visibility in all directions, and a 16.2L MAN engine.

The MeriCrusher is a tracked machine known for its Volvo Tad 1643 VE engine power,h which as a low fuel consumption, and mechanical power take-off (PTO). It has 768 horsepower and a high torque, which together allow the engine to operate at low revs.

Its cabin is equipped with air conditioning and a seat that rotates 180°. Moreover, it includes a gearbox produced by Suokone called PTO, a POC clutch that provides protection to the transmission line, and detachable tracks.

The ACO 600 Oubass tractor, also known as Africa’s largest tractor, was built in 1994 by the Coetzer family. It had an ADE V12 engine capable of producing 820 horsepower and a Twin Disc powershift transmission that ranked it as the most powerful tractor ever built in small production back then.

Unfortunately, the ACO factory went bankrupt in 1997, and the tractors already sold were left without support and spare parts.

This Rite 750 Earthquake tractor was built in Montana, USA, by Dave and John Curtis, who owned Rite by Curtis brand back in 1954.

By 1973 a total of 38 tractors were built, but the Rite 750 Earthquake is one of the biggest agricultural tractors ever built by D.L. Curtis Co. Its name is symbolic because the number 750 represents the number of horsepowers that this tractor originally had. Later, the tractor was updated and received a new Detroit Diesel engine capable of developing even 850 horsepower.

In 2013, these tractors could still be ordered.

The tractor was rebuilt by Big Equipment Company in 2000 and updated again in 2017 by adding a Caterpillar engine that delivers 1200 horsepower.

Finally, in first place as the world’s largest and most powerful farm tractor is the Big Bud 16V-747. It was built in Havre, Montana by Ron Harmon, which was one of the crews of the Northern Manufacturing Company at that time.

The tractor was used by the Rossi brothers for 11 years, after which it was taken over by Willowbrook Farm, who retired it in 2009.

It seems that from March 2023 our list of the biggest and powerful tractors in the world will expand with new agricultural machinery. How so?

Those at Big Equipment Co., LLC Havre, Mt. decided to work together with Rome Agricultural and Construction Equipment out of Cedartown, Ga. The result of this collaboration is a new HD Big Bud Tractor.

The new Bid Bud tractor will be launched in March 2023 at the CONEXPO-CON/AGG International Construction Trade that takes place in Las Vegas.

Among the features, the new 2023 Big Bud tractor will have:

But, you may ask why now and why a new Bid Bud, right?

It seems that Big Equipment and the others want to help farmers who want spare parts for tractors and other agricultural machinery to be more easily accessible, without going through different dealers. They promise that the new tractor will be much easier to repair.

“One of the primary objectives of this project is to provide a tractor that has components that can be repaired by farmers, general mechanics, or dealerships without restrictions,” Big Equipment stated.

If you liked our list of the world’s biggest and most powerful tractors, leave us a comment and tell us what other agricultural monstrosities you’d like to read about.

About the author: Dani Martelli 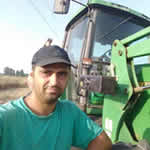 My name is Dani and I am a farmer with 10 years of experience. I will share with you everything about farming from processes, tips, machines, and more. Farming for me is not just a job but a way of life. Keep reading ...

...
Leave a Comment Cancel reply
FarmerDB is supported by our readers. When you buy through links on our site, we may earn an affiliate commission at no cost to you. Keep reading